Campi Aperti was launched in 2007 to raise awareness on the high quality of local organic farming networks compared to the food industry and build a strong movement for food sovereignty, based on a long-lasting and trusting relationship between responsible producers and consumers.

Campi Aperti is an association which brings together organic and biodynamic farmers. Their markets are often hosted by local associations and social centres. At first, they were self-governed and independent of public authorities. Due to their success, they were officially legalized by the Bologna Municipality in 2010. Since then, some restrictions have been imposed, based on safety and hygiene requirements.

Campi Aperti sets up and manages farmers’ markets in Bologna to facilitate the direct sale of food from its members to citizens. About 82 producers and many citizens attend the 6 markets organised every week in various locations in Bologna. The association formed a multi-stakeholder network that allows to organise markets easily, to mutualise and shorten marketing channels, thereby reducing logistic costs. It also enabled the adoption of concrete measures for recycling agricultural and food-processing waste. In addition, Campi Aperti is leading the nation-wide communication campaign “Geniune Clandestino” to fight the restrictions and constraints imposed to small farmers by the Italian law.

Based on a collaborative business model, Campi Aperti established a participatory guarantee system for food products. Farmers and consumers are involved in the selection and supervision of members. They visit new candidates to assess their farming techniques, employment methods and personal skills. Beyond this system, the association promotes a new self-organisation model based on a social and collaborative economy (“wheat” project). As for product innovation, Campi Aperti supports biodynamic farming and seed conservation.

Campi Aperti is a fully sustainable initiative. Environmental sustainability is its first aim. Economic and social sustainability is ensured through a collaborative business model and the reduction of products prices allowed by direct sales. Next steps are to expand the initiative and the advocacy for food sovereignty in other areas. 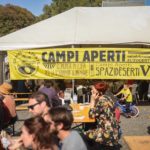 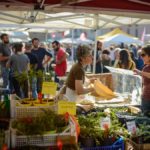 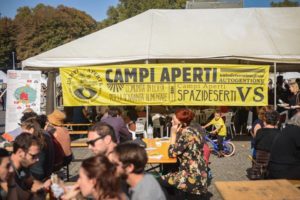 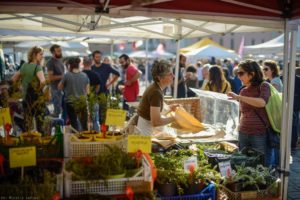