Deeply rooted in the territory of Thau, CPIE Bassin de Thau is a local member of the French CPIE associative network, which aims to develop and promote concerted initiatives in the field of environment and sustainable development, approached in a comprehensive way. The CPIE network was initiated at the beginning of the 1970s. CPIE Bassin de Thau was founded in 2008 and labelled for 10 years.

CPIE Bassin de Thau is a non-profit association with a governing body composed of 14 persons with different responsibilities in other associations or local administrations. The association has 2,210 subscribed members. Its staff is composed of 52 salaried workers, including a Director, a Deputy Director 9 project managers. The association’s annual revenue is around € 600,000, of which 3/4 come from project-based EU and French funds.

CPIE Bassin de Thau supports local authorities in their sustainable development actions by drafting with them local assessments and action plans, animating workshops and designing awareness, communication and facilitation tools. It also acts directly with consumers through the “Thau baskets”, a local network of 4 villages organised in buying groups. The network involves 44 suppliers of fish, seafood, fresh produce and honey and around 2,500 households. CPIE Bassin de Thau supports buying groups in the structuring stages and the provision of coordination tools. The association is also involved in projects on sustainable fish farming with CIRAD and on agritourism with Chamber of Agriculture of Hérault.

It is estimated that 37,200 individuals benefited from CPIE Bassin de Thau’s actions. Its various projects have shown that direct contact between farmers and consumers based on voluntary actions increase farmers’ revenues considerably while supplying consumers with fresh local products. The main added value of the association is its joint work with local authorities, NGOs, farmers and consumers that motivates local actors to better communicate and organise short and direct marketing channels.

Project development and management activities are crucial for receiving funds from the European Union and local authorities but they are very time-consuming. Besides, EU subsidies tend to favour “modern” agriculture to peasant and organic farming. The association is currently studying the possibility to develop organic food baskets, as well as food baskets for vulnerable population (with Secours Populaire). 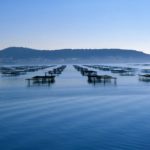 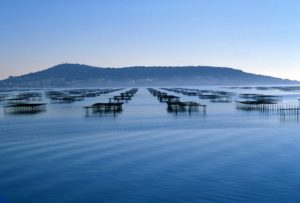