Wholesale markets of national interest (MIN) were established in France in the early 1960s to bring physically together sellers (producers, wholesalers and importers) of fresh produce and food products and buyers (wholesalers, retailers, open market merchants, caterers, restaurants, industries and purchasing centres for large retailers). This unity of place, time and people shortens supply chains, reduces material use and facilitates transactions. Founded in 1965, Mercadis is one of the 18 MIN. It has now become a pioneering wholesale market in the promotion of local and organic agriculture.

Mercadis is managed by the semi-public limited company Somimon. Montpellier 3M, the City of Montpellier and the Herault Department own 58%; Caisse des Dépôts 24%; Crédit Agricole Regional Bank, the Chamber of Agriculture and the Chamber of Commerce and Industry of Hérault 18%.

Around € 120 million of transactions are completed annually at the market. In May 2016, Mercadis signed an agreement with Montpellier 3M committing to procure at least 40% of products from Languedoc-Roussillon. In addition to its conventional Producers’ Floor, it launched a “Bio & Local” Floor in November 2017, where about 30 farmers offer local seasonal produce, including 10 organic farmers. In early 2017, it also inaugurated a 1,500 m2 processing centre, where 6 companies process local fruits, vegetables, meat and seafood. Mercadis acts as an incubator, shares the risks associated with investments and offers shared services. Today, the centre employs nearly 50 people (15 of whom are in integration).

Mercadis is actively engaged in sustainable development. The pooling of deliveries reduces the number of vehicles and the proximity to the city centre allows for environmental-friendly means of transport. 80% of the waste produced on the market is recycled. With the support of ADEME, Mercadis also installed photovoltaic panels. Finally, local farmers’ leftovers are given to local food aid associations. In 2011-2012, Mercadis, Restos du Coeur and INRA-SupAgro experimented the local supply of free meals and food to vulnerable households. The project showed very positive results.

Buying centres of large retailers are the main obstacle to the continuity of small farming and the local sourcing of agricultural products. Mercadis aims to strengthen its position of trading platform for local production to increase the bargaining power of independent farmers. It also intends to increase the local supply of fresh produce from 40% to more than 50% in the coming years. 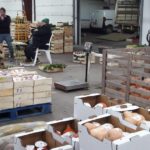 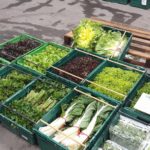 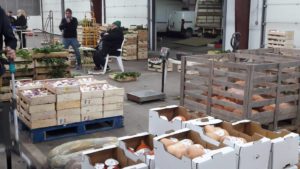 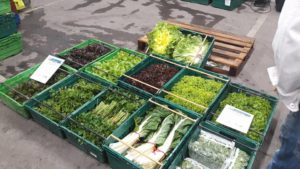