In July 2012, in the midst of the Greek financial crisis, the Municipality of Neapoli-Sykies decided to put a total area of 1,000 m² divided in small plots at the disposal of vulnerable households for a period of at least 2 years. Beneficiaries, selected by the Municipality according to social criteria, can use this land to produce fresh and healthy products for self-consumption

It is an informal project, without a legal structure. From 2012 to 2016, the initiative was funded by the European Social Fund. Since 2017, it is funded by the own funds of the Municipality of Neapoli-Sykies. The annual budget is 51,000 €. 3 permanent employees work at the Vegetable Garden

Households selected by the Municipality are allocated a 40m² allotment garden to grow their own vegetables. They can grow any variety but according to organic methods. In this sense, they are supervised by agricultural experts on a regular basis. The municipality also provides beneficiaries with water, seeds, plants and tools free of charge. Beneficiaries just have to give 10% of their harvest to the Social Grocery Store of Neapoli-Sykies. They can keep the rest for self-consumption.

Gardens are locked and access by beneficiaries is provided by the municipality employees, based on a schedule defined and received in advance. The location of the 3 different sites has been decided based on certain criteria, mainly accessibility for beneficiaries using public transportation. The land is provided for free to selected households, which resulted in the upgrading of formerly abandoned and deprived areas. This top-down initiative succeeded thanks to close collaboration between the local authority and the civil society 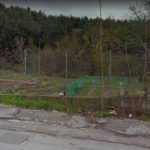 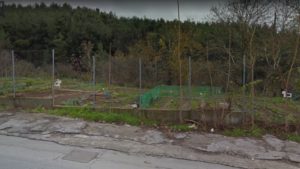