Urban gardens have been a subject of research and training for a long time in Bologna. In 2013, the Department of Agricultural Sciences of the University of Bologna established a Research Center in Urban Environment for Agriculture and Biodiversity (ResCUE-AB) to deeper analyse this phenomenon. The Center aims to turn Bologna into a widespread ecological laboratory and to create a transnational network of experiences in urban agriculture and ecology.

∙ Setting up of a shared eco-laboratory to promote and coordinate diverse and international studies and researches related to urban, social and sustainable agriculture, biodiversity, food quality and green infrastructure
∙ Creating a knowledge-based decision-making tool on urban agriculture and eco-innovation
∙ Promoting urban agriculture as a key driver to be included in programming policies at local, regional, national and international levels

RescUE-AB is part of the Department of Agricultural Sciences of Alma Mater Studiorum University of Bologna. The director is Professor Giorgio Prosdocimi Gianquinto.

ResCUE-AB activities include: cooperation with national and international research groups; dissemination and training through conferences and seminars such as the Greener Cities Symposium; publications and materials dedicated to the scientific community or the general public; support in the design and implementation of programming policies at local, regional, national and international level. ResCUE-AB coordinates the European project “Urban Green Train” and implements several other activities related to rooftop farming, indoor cultivation, urban biodiversity, simplified hydroponics, pollution, education and training, Life Cycle Assessment and ecosystem service provision.

ResCUE-AB is an innovative initiative for its transnational, cross-cutting and multidisciplinary approach of urban agriculture. It investigates various topics such as growing with organic, permaculture and synergistic methods, alternative cultivation systems, or job creation for disadvantaged groups through social and local agriculture. Through its researches and projects, the Center already contributed to the development and management of green spaces and agriculture in urban and peri-urban areas.

Among other projects, ResCUE-AB is supporting the Municipality of Bologna in the implementation of the SALUS SPACE project, co-financed by the European Urban Innovative Actions Initiative. ResCUE-AB will develop social and urban agriculture in the former clinic “Villa Salus”, which was abandoned for years. The aim of the overall intervention is to create an experimental site for social innovation through a participatory design process, with a generative and intercultural welfare approach. 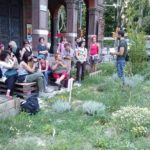 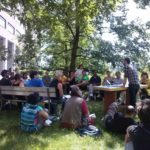 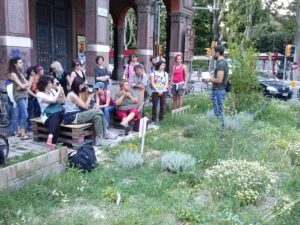 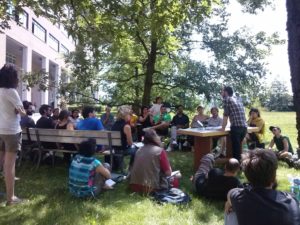